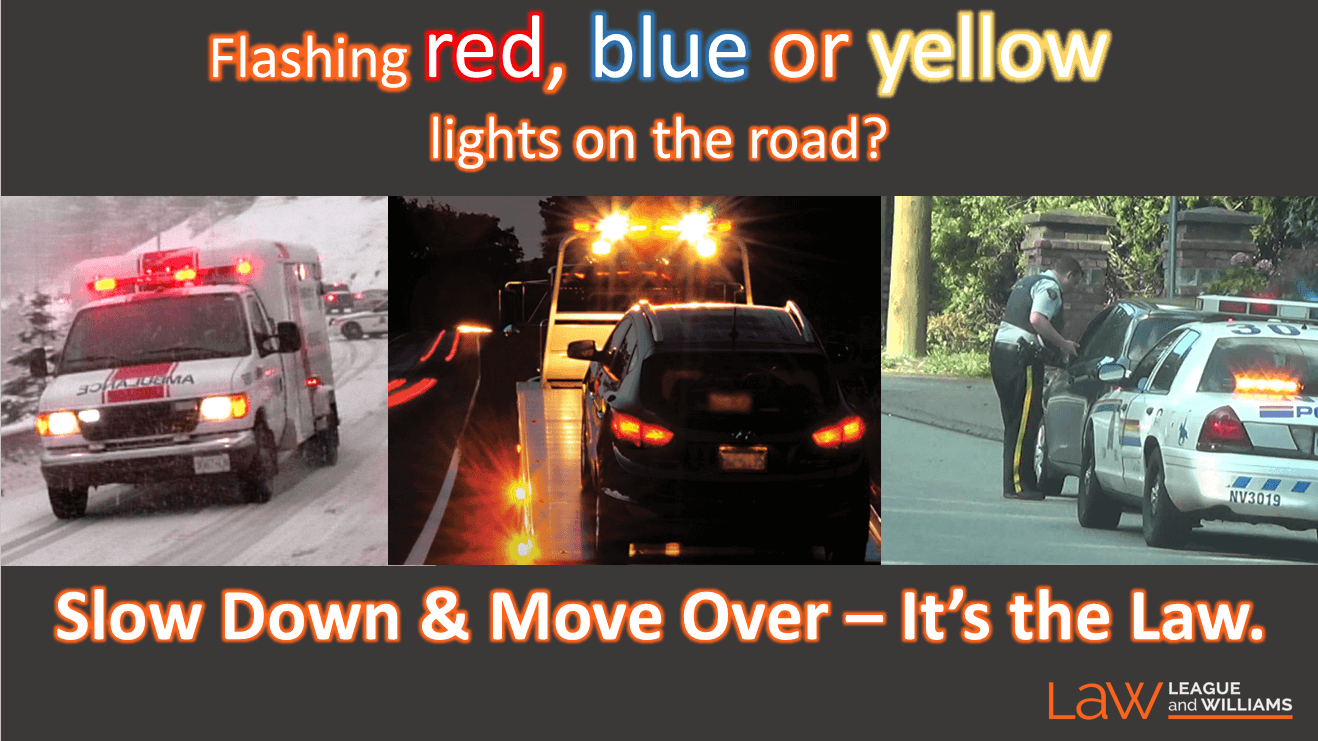 Slow down and move over – It’s a matter of safety

Despite slow down and move over being the law since January 2015, many people still forget that the BC Motor Vehicle Act requires people approaching any official vehicle parked on the side of the road to slow down and, if safe to do so, move into a lane away from the official vehicle.  This law is important because motorists often find themselves approaching official vehicles parked on the side of the road, and even split second inattention when passing a vehicle closely, can lead to tragic consequences including serious injury and death.

Indeed, in the last 10 years, more than 250 people working on the side of the road, including police officers and paramedics, have been struck while helping others and more than a dozen have lost their lives as a result.  So, I would like to help clear up some common points of misunderstanding about this law.

When does the slow down and move over apply?

What does slow down and move over mean?

Lastly, the requirement to move over applies only if it is “safe to do so”.  For example, when you’re traveling in a lane closest to the official vehicle and there is a second lane going in the same direction, you must pull into that inside lane unless it is unsafe to do so.  What is safe, will obviously depend on the specific circumstances of each case.  For example, there might be a car next to you in that inside lane, but that does not necessarily make it unsafe to move over. It is likely appropriate to slow down to allow the car next to you to pass to create room for you to move over to the inside lane.

Also, if there are only two lanes in the roadway, both going in opposite directions, you must pull into the oncoming lane of traffic if it is safe to do so, in other words, if there are no oncoming cars.

What are the consequences for not slowing down and moving over?

The financial consequences aside, clearly slowing down and moving over is the right move.

Darren Williams is the principal lawyer at League and Williams Lawyers where he leads the injury law practice.  He has more than 16 years of experience working in BC injury law and has the knowledge and experience to get results.  League and Williams Lawyers offers free consultations and may be contacted at 250-888-0002 in Victoria, 250-746-0002 in Duncan, 250-591-1056 in Nanaimo and 250-914-4529 in Campbell River or via email info@leaguelaw.com.