With the advent of the novel coronavirus (COVID-19) outbreak, transportation networks across the world must be prepared to minimize the risk of transmission of the disease. The global cruise line industry is no different, and arguably has a heightened duty to reduce the risk of this communicable disease’s transmission given that some cruise ships can hold well in excess of 5,000 passengers.

Cruising has always been a popular way of traveling between countries. This industry transcends borders and brings together people from around the world on a single vessel for extended periods of time. Cruising is often regarded for its relaxing characteristics and on-board entertainment; however, travelers must be cautious that they indulge in such onboard pleasantries with particular regard to their health and safety.

Legal action taken against the ship owner by a person who is injured on a cruise ship is not uncommon. Serious injuries can occur for which damages are sought from the cruise ship owner to properly compensate the passenger for their losses. Commencing an action against a cruise ship owner for contracting a disease while on board the ship is also a ground for seeking legal recourse and damages. The recent case of Nolan v. TUI UK Ltd. [2016] 1 Lloyd’s Rep. 211, a 2015 decision of the London County Court, HHJ D Mitchell presiding, provides insight into how such a claim can be brought for contracting a disease while on a cruise ship.

In Nolan, a norovirus outbreak on the m/v Thomson Spirit cruise ship affected some 217 people of the 1,700 passengers who were on board at the time. 43 of those passengers sued the carrier for personal injury and breach of contract, and alleged the outbreak was caused by a lack of proper hygiene on the vessel. The sickened passengers argued that it was an implied term of the contract of carriage that the ship owner had to warn the passengers in advance of the cruise that there was illness on the previous cruise and also give them an opportunity to either cancel or postpone their holidays to a later date. It was further contended by the passengers that the presence of the virus on the ship prior to their cruise was a “defect” in the ship as that term is used in the Athens Convention Relating to the Carriage of Passengers and Their Luggage by Sea, 1974 (the “Athens Convention”).

Although ultimately unsuccessful in their claims, the London Court provided interesting reasons for judgment. The first instance Judge found that the cruise ship had implemented systems for controlling the outbreak which were beyond the required levels for the reported illness, relying on an independent specialist company which analyzed the response system during the outbreak. Further, the Judge also held that there was no duty to warn passengers that passengers had fallen ill on the previous cruise as there was no criticism of the ship’s handling of the illness in light of the successful implementation of the response plan. Interestingly, the Judge stated that the presence of norovirus was not a “defect in the ship”, as that term is limited to the structure of the ship, and to extend that language of the Convention to such claims would be “distorting the language of the phrase defect in the ship” should he have accepted that argument.

The decision in Nolan provides insight on how a claim for contracting a disease such as coronavirus on a cruise ship may be judicially treated in a subsequent case. At face value, Nolan implies that a ship owner will not be held liable if they are meeting, or perhaps exceeding, the requisite industry standard of care. As with all things novel, this standard of care may change depending on the communicability of the disease, the speed at which the disease spreads and/or the ultimate number of those infected. How the Nolan standard of care is reconciled with the current handling of COVID-19 on cruise ships (quarantine measures and being turned away from foreign ports, for example) is yet to be determined, but the difference between an  isolated account of norovirus on a ship compared to the global epidemic that is the coronavirus may certainly distinguish Nolan in the future.

If you have a question about this topic or another legal issue, contact us for a free legal consultation.  Reach us via phone at 250-888-0002, or via email at info@leaguelaw.com. 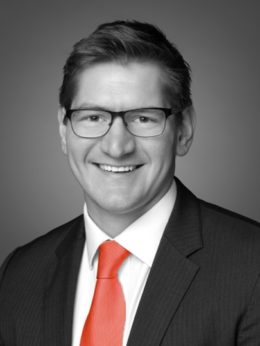