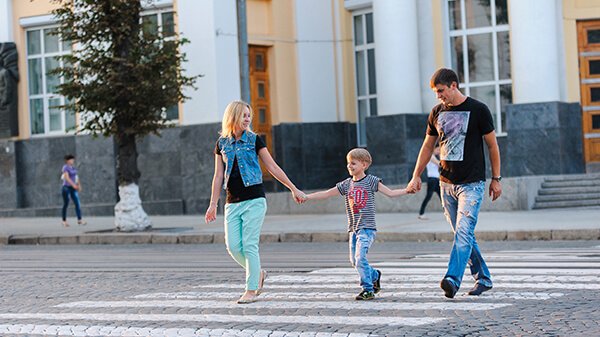 Most people think that a crosswalk is only that area on a street marked with parallel white lines.  Unfortunately, most people are incorrect.  The B.C. Motor Vehicle Act defines a crosswalk as:

(a) a portion of the roadway at an intersection or elsewhere distinctly indicated for pedestrian crossing by signs or by lines or other markings on the surface, or

“intersection” means the area embraced within the prolongation or connection of the lateral curb lines, or if none, then the lateral boundary lines of the roadways of the 2 highways that join one another at or approximately at right angles, or the area within which vehicles travelling on different highways joining at any other angle may come in conflict;

This means that a crosswalk exists whether the intersection is controlled by a stop sign or a stop light, and whether or not there are distinct pedestrian markings.

At LaW, we care about pedestrian rights and fight to make sure your rights are protected.  For a free consultation, call 250-888-0002.