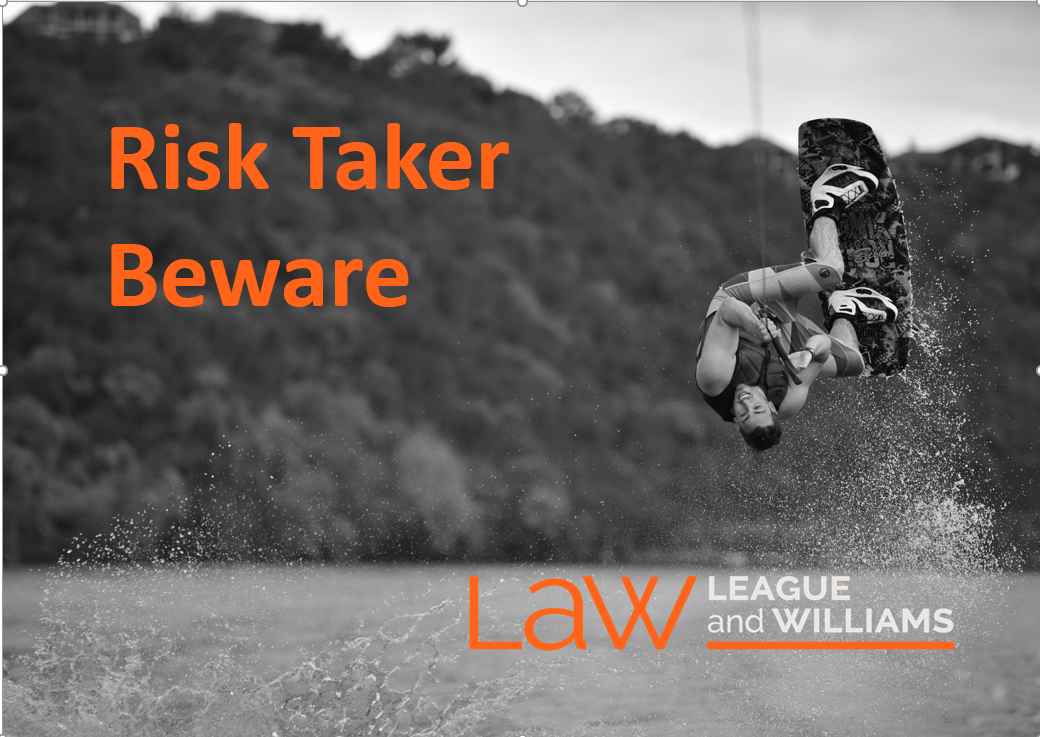 What is Voluntary Assumption of Risk or the Volenti Doctrine?

Today we are going to discuss a common defence used by insurers and defendants in personal injury lawsuits – The doctrine of volenti non fit injuria, or in English, the voluntary assumption of risk.  This doctrine essentially means that if somebody willingly puts themselves in a position where they know injury may result, they are not able to bring a claim against another party.  It is commonly plead together by the defence counsel with contributory negligence, which as discussed in previous video blogs is where the accident victim is found partly to blame for their injuries.

The volenti doctrine is narrowly applied.  This is because if it is established, it acts as a total defence against a claim.  Despite this, it commonly arises in cases where a person is injured while participating in adventure activities, such as white-water rafting, bungee jumping, skiing or other activities where participants commonly sign a waiver prior to participating.

What must be proven in order to rely on a Voluntary Assumption of Risk defence?

To rely on this doctrine, it must be shown that:

This essentially means that a defendant must show an injured party assumed both the physical risk and legal risk involved in an activity. For example, it may be easy to show that a person who breaks into a building, or hops a tall fence to trespass onto private property likely assumed all the risks of that activity.  However, generally this defence is not so easy to prove.

In fact, it is often very difficult to show that a person has assumed the entire legal risk.  A defendant may rely on the implied consent of the injured party to establish this.  That is that the injured party’s actions or words show that they accepted all the risks of an activity.  However, it is much more common for an injured party’s consent to be proven by contract.  For example, before participating in an activity, a person may be asked to sign a waiver or release agreement that expressly limits their right to sue. Another common example is a waiver or release printed on the back of a ticket or posted on a sign at the premises.

Not all waivers are effective in defending against injury claims

However, the wording and placement of these waivers and releases is critical. Even if you’ve signed a waiver, if the waiver is insufficient, a defendant cannot rely on this defence.  Whether a waiver or release is sufficient, depends on the specific facts of each case.  If you have been injured, even if you have signed a waiver, it is often wise to seek legal advice about your case. The lawyers at League and Williams offer free consultations and may be reached either by email at info@leaguelaw.com or by phone at 250-888-0002.