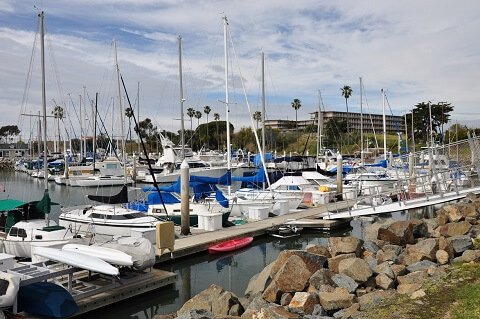 Clearly the Collision Regulations (“ColRegs”) under the Canada Shipping Act 2001 serve an important purpose in promoting the safe navigation of vessels on coastal and non-coastal waters. Like laws governing motor vehicles on land, these rules of the road reduce the risk of damage through collision by requiring predictable behaviour. Mariners expect other mariners to follow the ColRegs, and these expectations, if met, lead to fewer collisions and greater efficiency in shipping. That much is obvious.

What is not obvious, however, is the extent to which a breach of the ColRegs may lead to a finding of legal liability for an accident. More than a few mariners have expressed frustrations like, “he broke Rule 15, he must be completely responsible for the accident!  He has to pay for the damage!” only to find an insurance company, an employer, or a court disagree. In this situation, trust that experienced Victoria, B.C. lawyers can help.

While safety at sea is never a topic to be taken lightly, the title to this article comes, tongue-in-cheek, from the excuse given by Captain Hector Barbossa (a villain in Pirates of the Caribbean) as to why a pirate’s code of conduct did not apply to him. Captain Barbossa said “the code is more what you call guidelines, than actual rules”. I do not want to appear to compare the seriousness of the ColRegs to something as fantastical as a pirate’s code of conduct, however, a modern court would say that if Captain Barbossa’s coy remark had been made in reference to the ColRegs, he would not be far off the mark.

Before referring to two recent court decisions on this point, it is important to note some differences between civil claims and criminal proceedings, given that the ColRegs arise in each of these types of court cases. Civil claims are lawsuits between private parties for compensation, for example, for personal injury or property damage arising from a collision. These claims are common, and if not pursued directly by the person harmed, are often pursued by their insurer to recover the loss paid to their insured. Such civil claims are distinct from criminal proceedings under the Criminal Code or the Canada Shipping Act 2001, where it is the Crown seeking to punish a person in part to deter other members of society from committing similar wrongs. Importantly, as can be seen in cases such as the sinking of the Queen of the North, a single act or omission by a mariner can lead to both civil claims for compensation by those harmed, as well as criminal proceedings for punishment by the Crown.

On the criminal side, a breach of a ColRegs Rule could potentially lead to the Crown seeking a conviction for that particular breach of the regulation, however, prosecutions for single Rule breaches are rare. Rather, often the breach of a Rule leads to a more serious event, and then the breach of the Rule is brought as evidence in support of a more serious charge under the Criminal Code, such as dangerous operation of a vessel, or as in the case of the Queen of the North, criminal negligence causing death. As such, the breach of a ColReg Rule does not typically result in a criminal conviction, rather, the ColRegs act as guidelines which are used by the criminal court to measure the reasonableness of the mariner’s conduct in assessing guilt under the Criminal Code.

An example of this principle playing out in criminal court came when the B.C. Court of Appeal on December 16, 2014 released its decision in R. v. Lilgert. After the Queen of the North officer had been found guilty of criminal negligence causing death and sentenced to four years in prison, his legal team appealed the conviction. One of the arguments (of several) advanced was that the trial judge erred in instructing the jury that the proper legal test they were to apply was that any breach of the ColRegs was a substantial departure from the practice of a reasonably prudent mariner. The Court of Appeal dismissed the appellant’s argument in this way: “as to the contention that the Collision Regulations were [incorrectly] treated as rigid rules rather than guidelines, this complaint cannot be supported when the evidence review of the judge is examined… In my view, the jury would not have taken from [the judge’s instructions] that any breach of the Collision Regulations would establish wanton or reckless disregard or a marked and substantial departure from the norm. In other words, the Court of Appeal dismissed the argument the judge had incorrectly treated the ColRegs as strict rules rather than guidelines.

In civil cases, there is no Crown seeking to convict a mariner for a breach of the Criminal Code or a regulation under the Shipping Act 2001. Instead, private parties are suing one another for compensation for property damage or injury. Typically, the claimant will allege the defendant was negligent in the navigation of a vessel. In considering whether someone is negligent, the court must determine what the appropriate standard of care is in the circumstances, whether the mariner’s conduct fell below that standard, and if so, did the failure to meet that standard cause the accident.  In doing so, the court will often refer to the ColRegs as the appropriate standard of care for a mariner. In other words, the court will use the ColRegs as a guideline for what a reasonably prudent mariner should do in the circumstances.

An example of this principle playing out in civil court came in a 2014 decision of the B.C. Supreme Court that involved the collision of the two pleasure craft on Okanagan Lake. In that case, a vessel underway collided with a water ski boat that had stopped to disentangle a towline from its leg. The stopped vessel alleged it had the right of way as a vessel not under command, or otherwise towing (several people were waiting on an inner-tube tied to the end of the tangled tow line). The vessel underway alleged the stopped vessel had a duty to avoid the collision and maintain an adequate watch, including using its horn to warn the vessel underway of its presence. Each party alleged the other was negligent in causing the collision. The court said the following: “The test of negligence under maritime law is determined by the actions of the ordinary seaman, rather than the ordinary man”. The court went on to say:  “An allegation of negligence because of a violation of the Collision Regulations must be considered in light of the principle that a mere breach of a statute, standard or rule is not equivalent to a finding of liability. Standards and rules help to inform the Court of the standard of care and what accords with those standards”. In other words, a breach of a ColReg does not lead to the immediate conclusion that the mariner’s conduct was negligent.

All this being said, readers ought not interpret these observations to mean the ColRegs should not be treated as “rules” in the traditional sense of the word: directions to be respected and followed. Clearly, adherence to the ColRegs is immensely important to maintaining safety at sea. The point to take from this article however, is: do not assume that just because you have breached a ColReg that you will be found responsible in a civil or criminal court, and similarly, simply because someone else has breached a ColReg does not mean they will necessarily be responsible to you for your resulting damages. The focus of the legal inquiry will typically come down to this question: to what extent does the breach of the ColReg demonstrate a sufficient departure from the conduct of a reasonably prudent mariner in the circumstances to warrant responsibility?  As leading Victoria lawyers would always say, the answer will always differ in every case.

Darren Williams is a lawyer and founding partner at League and Williams LaW in Victoria B.C. with expertise in Marine Law, Estate Law and Personal Injury Law in BC and can be reached for question or comment at 250-888-0002, or at dwilliams@leaguelaw.com.