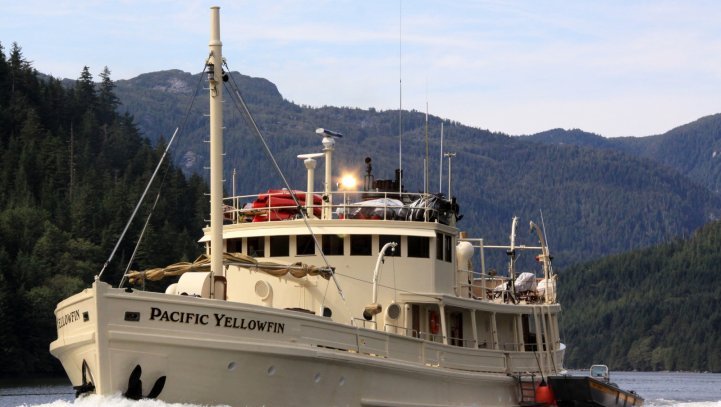 Quotes and Estimates – Important to Know the Difference

It is common in marine industry, where vessels and equipment are continuously under repair or replacement, for the question to arise: is the cost of services and materials provided an estimate, or is it a quote?  Unfortunately, this question is often asked after the work is done and the purchaser of the services and materials has received a bill that is much higher than what they expected.  A dispute frequently ensues.  Liens are claimed, lawyers retained, vessels and equipment are seized or arrested, claims are opposed, and the wheels of justice may turn too slowly to satisfy many.

Readers are well advised to understand, in advance of such problems, how the law determines whether an offer for services and materials is an estimate or a quote.  In a negotiation where a few words spoken or written can make the difference between a flexible estimate or a binding quote, knowing how to conduct yourself can save significant stress and money.

For example, the principles discussed by the B.C. Supreme Court in Golder Associates v. Mill Creek Developments, while not a marine case, are relevant.  In that case, a company providing environmental engineering services sued a land developer for monies owed after it rendered invoices for work that exceeded, what it called an estimate, by 50%.  In the Golder case the court said:

“…while an estimate for the cost of services to be provided is not a guarantee or warranty at law, it may have contractual effect, in essence setting a limit beyond which fees may not go”;

“[weighing] in favour of an estimate having binding effect is the principle that although estimates are necessarily somewhat imprecise, persons in the business of providing work preceded by estimates should be able to do so with some accuracy”.

Circumstances that are unforeseeable and outside the control of the person giving the estimate allow that person a greater degree of error in giving their estimate, particularly if the error relates to information within the knowledge of the person receiving the estimate that was not disclosed by them.  In the Ontario case of Kidd v. Mississauga Hydro the court said:

“…the plaintiff here might well have been allowed, because of the vagueness of his estimate, a substantial margin of error.  But where the eventual figure is almost three times the original estimate, it is my view that the estimator should be held to that original figure.”

In that case, there was nothing the court found that was unforeseeable and out of the estimator’s control that caused the final bill to be three times the estimate.

On the other hand, a quote is a more precise promise of the cost of the services or materials.  Because it is a promise, a quote is binding.  However, I say “more precise” because, like the reasonable range of accuracy in an estimate, circumstances that are unforeseeable and outside the control of the person giving the quote, may allow that person to avoid being bound by the quote.

Of course each party will tell their own story of what they believe was agreed and these stories invariably contradict each other and are often not reliable; after all, every case involves at least one side’s view that is not accepted by the court.  To avoid this, the law says it is not what a party subjectively believed the agreement to be that is determinative, but “what a reasonable man in the situation of the parties would understand the contract to be” (Aerovac v. Darwin Construction).  This is called the reasonable bystander test.

Best Practices for Suppliers and Buyers

There are, in my view, several best practices that may be employed by suppliers and buyers to ensure their version of the terms of an agreement is the one the court would find an objective reasonable bystander would also have (ie. the one the court decides is the actual agreement).

Firstly, for both suppliers and buyers, always confirm the agreement in writing for later reference, even if (worst case scenario) it is just an email or a text.  If the agreement is for a quote, or an estimate, call it by that name – be explicit.  Always use consistent language in your communications from the beginning of negotiations to the end of billing, and do not mix up words like “estimate” and “quote”.

Secondly, if you are a supplier providing an estimate or a quote, list any factors that might cause the estimate or quote to change, and if they do change, report them to the buyer as soon as possible.  Generally, avoid giving a quote unless the financial upside justifies the risk of being bound to the quote.

Lastly, if you are a buyer, don’t be shy of asking for a quote rather than an estimate.  Make sure the quote is in writing and refers to itself as a “quote”. If after work starts, the supplier begins to refer to the quote as an estimate, correct them in writing.  Finally, do not withhold information from the supplier that you know would affect the accuracy of their estimate or quote, because otherwise you may not be able to rely on it.

Darren Williams is the principal lawyer at League and Williams Law Corporation in Victoria B.C. and can be reached for question or comment locally at 250-888-0002, or at info@leaguelaw.com.  Article was previously published in the September 2015 edition of Western Mariner‘s Legal Net.