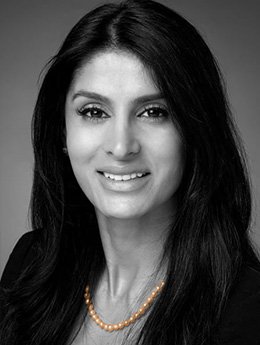 Gurinder Bains works as part of the LaW litigation team as a consulting associate practicing in the areas of estate litigation and personal injury. Gurinder aggressively advocates for those who have been unfairly left out of the will of a parent or a spouse, helping them to receive their fair share of an estate. Gurinder also practices in the area of personal injury law, where she helps her clients injured by the actions or negligence of others obtain full and fair compensation for their injuries.

In her spare time, Gurinder enjoys yoga, boxing and spending time with her two sons and husband. She is fluent in Punjabi.

Gurinder is a member of the Canadian Bar Association and the Trial Lawyers Association of British Columbia.